In 1907 Mark Twain popularized the phrase, ‘There are three kinds of lies: lies, damned lies, and statistics” to illustrate the power of factual data to bolster a weak argument. Our Federal Reserve Bank has been the frequent fodder to blame for our inflation ills and now for a widely forecasted recession wreck around the corner. Most analysts and armchair observers feel emboldened that since they were correct in warning about inflation last year, they must also be correct about Fed Chair Powell’s rate hike hysteria that will drive this economy into a dumpster this year. They use the statistics regarding proxies for a recession, yet they seem to lie about the unique nature of this economic cycle. Often, they will talk about how consumer sentiment surveys are at record lows which presages a contraction in consumption. Yet, they ignore that such extremes only occur towards the end of an economic contraction, not the beginning. This time is different.

Some claim that unemployment lags the economic data, thus the two straight quarters of contracting GDP this year should be a harbinger of bad tiding for jobs. As we have illustrated in the past, jobless claims and unemployment don’t lag much entering a recession, they just remain elevated for a couple quarters after a recovery kicks into gear. The last real recession in 2007-2009 saw a rising unemployment rate for 17 months by the time the economy had seen a 2-quarter contraction. Today we are 9 months past the start of our 2-quarter decline, at which point the unemployment rate had almost doubled back in 2008. The equivalent period in 2008 was also within a few months of a Bear market low in stocks.

NFIB small business surveys also highlight how the context is different in this cycle between expected and current conditions. Current and anticipated business conditions have always fallen in unison during past downturns. However, this cycle reveals small business expectations that are as bad as the very bottom of the Great Financial Crisis in 2009, while current conditions have actually remained positive, near record levels. This has never come close to occurring in history and exemplifies many metrics that analysts myopically miss. Previous peaks experience falling demand and excess supply, while today it is the reverse. It seems like a basic assertion that is ignored by the disclaimer that reality lags.

There are a plethora of examples of willful ignorance regarding the unique nature of this cycle, so we will mention one more microeconomic example. Due to the surge in housing inflation and a doubling of mortgage rates, it was quite logical to expect the poor housing affordability index to trigger trouble in housing stocks. However, home inventories and rental vacancies are low, while home builders like Lennar keep increasing sales and beating earnings estimates. If the Fed somehow navigates a much lower inflation rate before unemployment turns sharply higher, then these stocks will appear very oversold during this earnings multiple contraction. 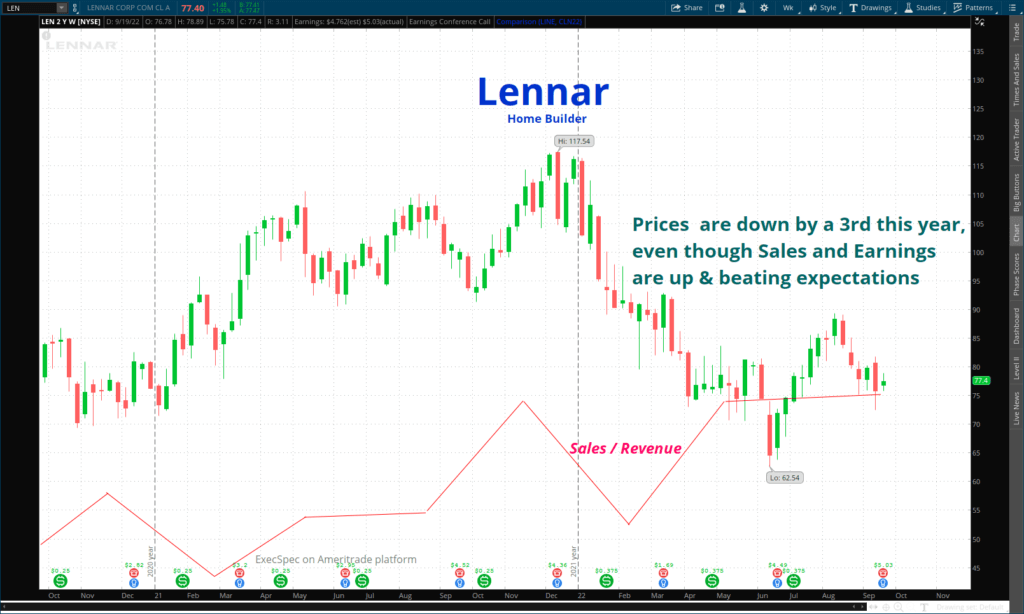 For the many pundits and money managers begging the Fed to stop raising rates, history indicates that the Fed Funds overnight bank to bank interest rates always rise beyond the inflation rate prior to a pause or pivot. It seems unlikely the Fed will raise the Funds rate beyond the current 6.3% core CPI level, but with inflation near 40-year highs absent a clear trend lower, it’s premature to be worried about business failures, an earnings recession and painful unemployment levels. We view this as a race against the clock for the Fed. The Fed will keep hiking the cost of credit until either inflation enters a significant downtrend or unemployment begins a clear uptrend. They hope to tame the former so that the latter remains low and the economy can begin to grow again. Stock investors will anticipate this long-term shift back to a demand led GDP expansion cycle, but consumption remains too strong currently. Auto, housing and fossil fuel inventories remain low and unable to satisfy artificially stimulated demand. The persistent and historic worker shortage indicates companies still have order flow, high backlogs and low inventories that require a greater supply of material and labor or less consumption. When a recession is on our doorstep, we will notice a developing glut of workers and inventories.

Over the short term we expect another rally phase is likely to start between now and October 13th when the next inflation report arrives. The higher-than-expected September report for August CPI was a mini-shock for investors, but we feel strongly that the inflation downtrend will begin anew on October 13th when prognosticators will lower their rate hike forecasts. Any panic liquidation days until then should offer a short to medium term buying opportunity for investors. A portion of our heavy 65% cash position will begin to be invested during the next decline. 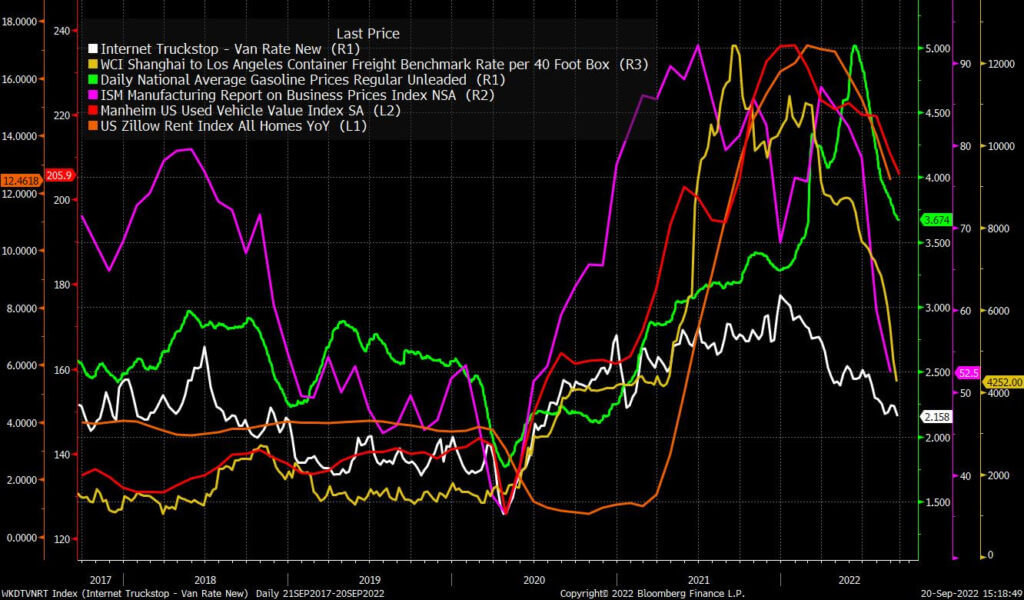