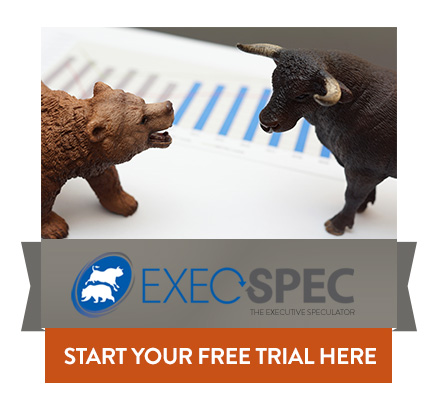 Unlike many, Exec Spec sticks its neck on the line in its forecasts with detail, often showing technical time and price windows to expect with many stock and commodity futures charts.  Short term and long term commodity and economic forecasts are often bold as well and have no bias impeding both positive and negative mapping of the future unlike most who have a decidedly myopic “one way” forever forecasts.

What we are not

4 reasons why Exec Spec can help protect and grow your portfolio like no one else:

Have questions about
The Speculator Newsletter?