A million dollars doesn’t go as far as it used to, but with over 50 Million Millionaires today and almost 10,000 Billionaires (net worth> $Billion), have you ever wondered who could be the first Trillionaire? Just over 2 years ago the first onslaught of companies arrived to the Trillion dollar market cap club led by Apple (now $2.3 Trillion), then Amazon, Microsoft, Alphabet and Saudi Aramco. Some of these giants still have significant ownership by their founders, thus it’s possible that a Trillion Dollar market cap can be applied to an individual or family this generation. Elon Musk’s individual net worth is tied for the irrational wealth title at an estimated $190 Billion recently, having added a stunning $150 Billion of that in just the past year. Musk owns 20% of Tesla ($163Billion) and 54% of SpaceX  (~$27 Billion). Tesla’s valuation is the most volatile of the uber wealthy with sales more than 90% beneath Amazon’s, yet its stock market capitalization is roughly half of Amazon. Some forecasters expect Tesla to have a $2 Trillion value in a few years with Musk approaching half a Trillion net worth. Elon is the demiurgic force behind this tech behemoth. Without the eccentric and mercurial genius of Musk at its helm, Tesla would be priced far lower, which assigns a huge risk premium to his meteoric rise to the top. The company Price relative to Sales has gone parabolic from under 3 last year to over 30 today. Amazon also had a reasonable Price to Sales ratio of 3 last year, yet it remains at a modest 5 today. Tesla appears massively overvalued by all past and current metrics that one uses to justify a rational valuation. Yet, in the long run, the 49 year old Musk has the deep financial pockets to bring his irrational bets to the forefront of multiple tech revolutions on earth, underground and in space. 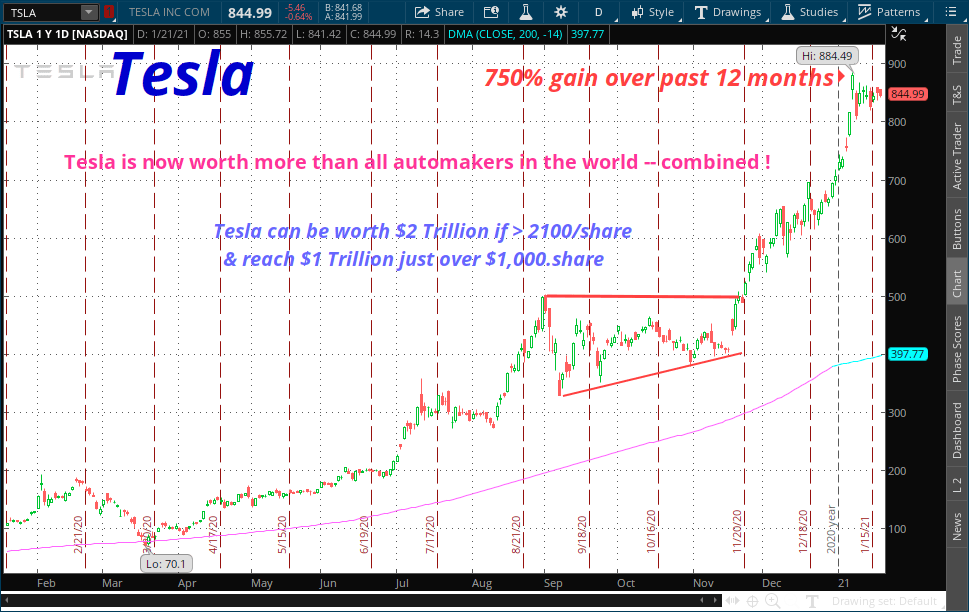 Jeff Bezos net worth is also close to Musks’ $190 Billion. Had he avoided infidelity and disgorging what would be over $70 Billion to his ex-wife MacKenzie, then he would be far ahead of the pack at ~$260 Billion.  No worries, as it would only take another 28% rise in Amazon to reach a $2 Trillion valuation and send Bezos individual wealth to $240 Billion. The Amazon founder has voting control, but continues to reduce his equity holdings to 10% as he converts Billions each year into private capital for other investments (Washington Post, Blue Origin…). Attaining a $Trillion portfolio while he’s in his “Prime” is attainable this decade. 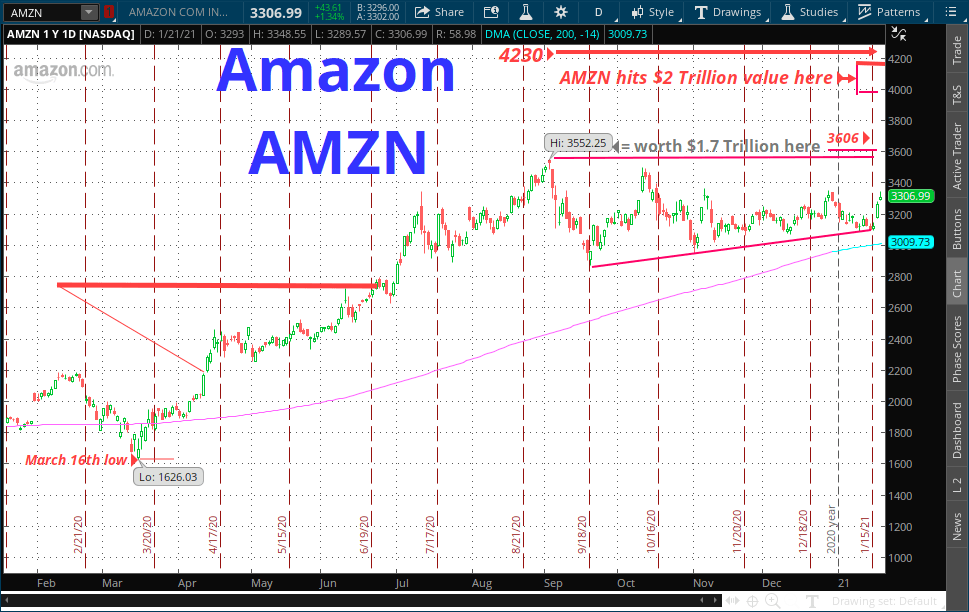 While we are highlighting the individual creme de la creme, it’s worth noting the Walton Family holdings could be close to $260 Billion, bolstered by its 50.1% shareholder ownership of Walmart.  Despite Walmart’s size at over $400 Billion and 2.2 Million workers, its growth rate is rising from 11% long term to more than 20% in recent years thanks to encroachment into Amazon’s back yard of digital and delivery. It would not be surprising to see Walmart as a company join the Trillion Dollar club with the Family fortune stealthily creeping up to $600 Billion in 3 to 5 years. Even the exuberant $1 Trillion family portfolio is within reach this decade, but being a 3rd generation company from the 1962 founding by Sam Walton, there is no single individual here that can come close to catching the current titans of tech. 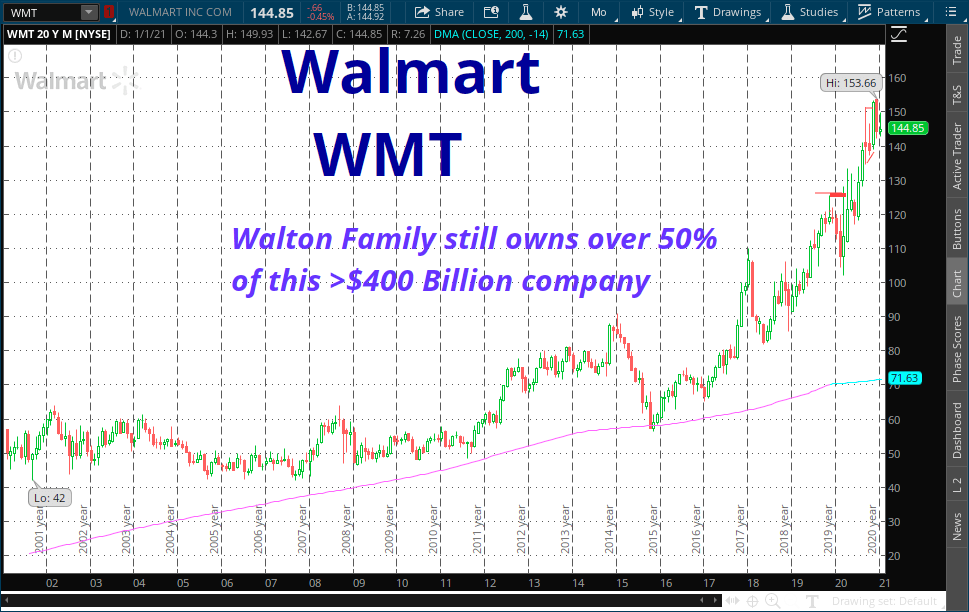 Clearly Musk and Bezos are the front runners in the race to Trillion Dollar riches, but before we close, it’s worth noting a couple disruptor names to watch:

Visionary acquirer Bernard Arnault has quietly amassed a large stable of luxury brands inside of LVMH that has sent his family fortunes to roughly $150 Billion. There is considerable appreciation potential should the current tech investment cycle shift to a more luxury spending phase that is overdue for a comeback. In the long run, the Arnault’s may continue to accumulate assets at an impressive pace, yet it’s hard to compete with the long term disruptive growth trends of a never ending technological revolution currently led by Apple, Amazon, Microsoft and Google. However, one last name far down the list at a paltry $60 Billion is Jack Ma, co-founder of Alibaba. While only a 5% stake in BABA, he could be an outsized disruptor with his almost 9% stake in Ant Group (similar to PayPal). That assumption requires China letting Jack out of the box for lambasting the Chinese Government (PRC) and allowing him to IPO Ant Financial for an immediate $30 Billion portfolio boost. Alibaba and Ant growth rates could be huge this decade along with whatever visionary ideas the PRC will allow him if they view Ma as a champion for China.

Future Trillion Dollar club members seem determined to either leave the race and give away their largess to charity or keep innovating using their relative youth, imagineering and  boundless Billions to bring chimerical futuristic visions to reality quickly. Musk would be the Risk/Reward leader in our opinion as the most pure play and youthful entrepreneur, though subject to enormous gyrations for those investing on his coattails.