Tesla has been an amazing story of a dominant new electric vehicle company. The stock has been a sign of the gambling fever taking over the stock market led by Robin Hood commission free traders as Tesla rose 750% this past year.  A price to sales ratio over 30 and price to forward earnings over 200 are extremely high for a physical products company, but during during a stimulus fed Bull market with almost $10 Trillion of Fed liquidity and Government handouts in the the pipeline, anything is possible while the music is playing. 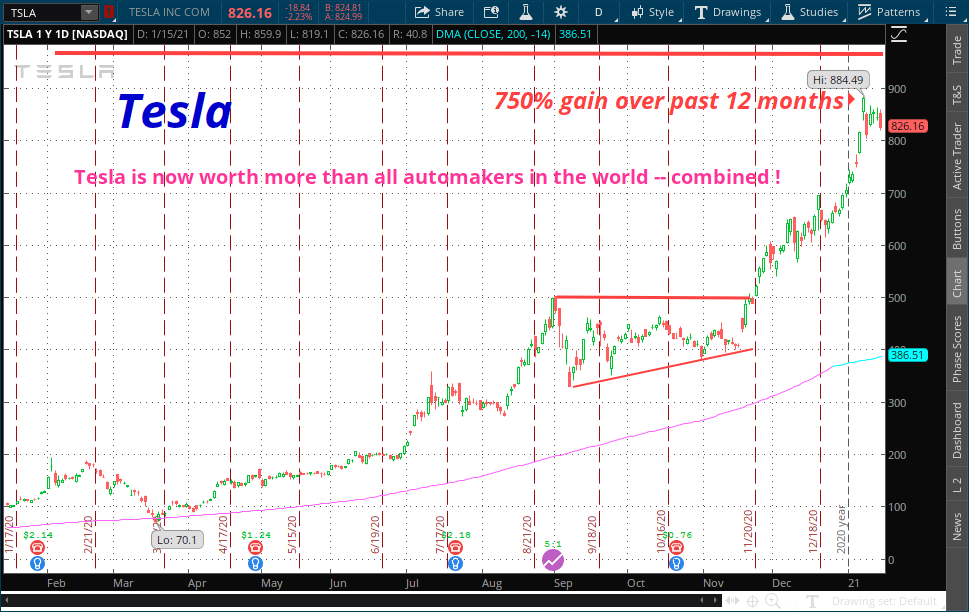 As a sign of the speculative fever last year we were amazed at neophyte traders repeatedly buying companies after they declared bankruptcy, sending their stocks soaring and actually rescuing them from certain destruction. This week we have a new hallmark of speculative excess as Tesla founder Elon Musk talked of using an App called “Signal” for messaging. Robin Hoodies quickly pounced on the word and bought an unrelated company called Signal, sending its penny stock shares up 11,000% in less than 3 days!  Even when it became clear there was no stock recommendation, Signal continued to retain over 2,000% gains. 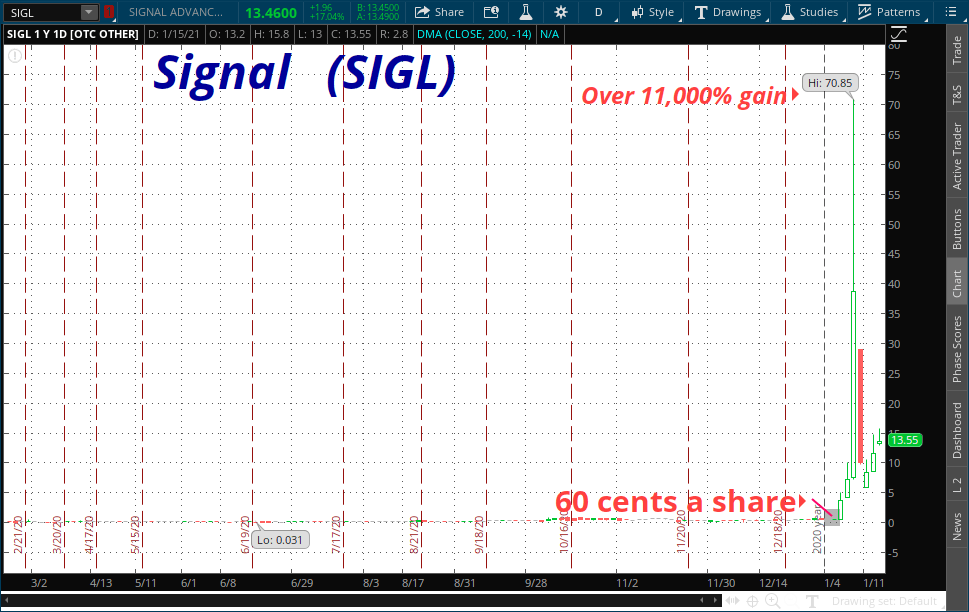 As we have discussed in recent reports, the first leg of a Bull market often runs higher for about a year before corrections of substance take hold and reach a momentum peak where year over year comparisons become harder to surpass.  These monetary liquidity and Government stimulus driven Bull phases generate a frenzy of stock buying far ahead of actual earnings justification where first time investors often outperform professional money managers. For the past month 90% of SP 500 stocks have been above their 200 day moving average. As we approach the typical momentum peak before more corrective price action occurs, option traders are exhibiting excessive Call option bets, leveraging for further price increases. Our Option Sentiment indicator has popped back into the extreme overbought zone implying short term vulnerability in stocks. The overbought readings become more frequent and less impactful as stocks move towards a climactic top, but it becomes increasingly risky to invest new funds. Given the new stimulus legislation that was just proposed this week, we would expect even higher stock values this quarter into the 3900’s basis the SP 500 Index, but short term we may see some Sell the news price action.