Once upon a time, Iranian rulers controlled almost half of civilization with an increasingly hostile view of progressive Western culture. In modern times, Iran was our close strategic ally for several decades after WWII, garnering the furtive muscle of the CIA to sustain the alliance. Unwittingly, President Eisenhower laid the foundation for Iranian and Pakistani nuclear weapons technology, believing that sharing our atomic secrets would steer them away from a thirst for nuclear swords and be sated with plutonium ploughs. Since the Clerics took power in 1979, Iran has increasingly exerted its military hegemony over the entire Middle East, while directing its rhetorical threats of annihilation toward the US and Israel. In 2016 Trump vowed to abrogate the Nuclear Agreement with Iran and emasculate them until they gave up their swords and military adventurism. Last year Trump nullified the 2015 Nuclear treaty with Iran as promised and hoisted much tougher sanctions. The US permitted its allies to keep buying Iranian Oil last year, providing a window for them to switch suppliers. We are actually surprised how patient Trump has been in tightening the screws on Iran, finally implementing the promised sanctions on anyone buying their Oil. This should not have been a surprise given Trump’s dog with a bone persistence. Instead of preparing for winter, China, India and others chose to pretend that sunny skies would always be the forecast and failed to divert their sourcing of Oil.

Iran has threatened retaliation by closing the Strait of Hormuz through which 20 percent of the worlds Oil flows. Unlikely! Iranian leaders seem savvy and such an insane action would play into Trump’s hands and invite a crippling military strike by the US in retaliation should they be so naive.

Some think Russia will curtail its own output to foment anger among US allies. This seems unwise as it will transfer even more Oil wealth to the US and OPEC. Russia wants their money and will quietly increase production for its own benefit. This is a green light for Saudi allies and the US to increase production as energy supplies tighten. The US will also continue to benefit with ever greater exports of energy and influence. With 2018 the most profitable year ever for US Oil producers since 2013, it appears 2019 may be even better. Today’s peak at $66.60 basis June WTI Crude Oil is a good objective for now. 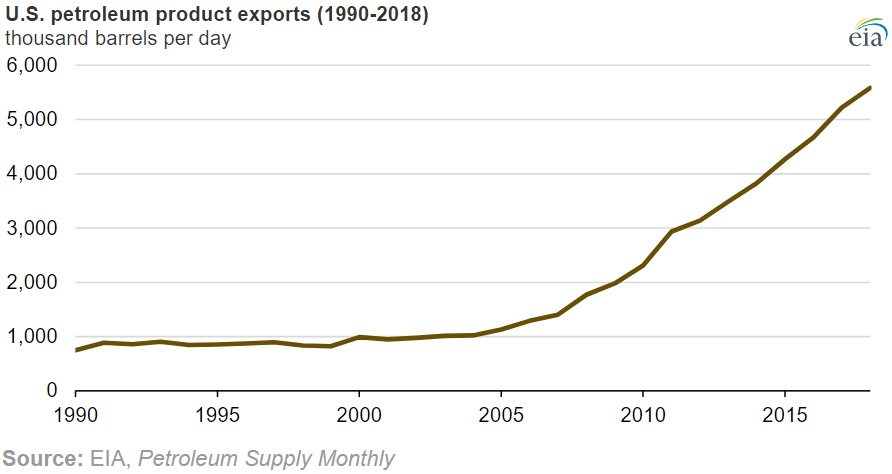 Iran was exporting a million barrels a day of Oil, half of which was destined for China. Perhaps Trump should have waited for a trade deal with China before inserting Iranian Oil bans onto the late stage US and China trade negotiations. China will likely defy the US sanction threat initially and continue supporting Iran, which will invite new Trumpian sanctions on their financial institutions. We may need more popcorn for the final stretch of trade negotiations with China as neither side will allow being embarrassed.

At the start of this year we talked about Oil exceeding $60 and last week we gave a broad $65 to $76 potential for Oil in the late April to late May time frame. With the plethora of major price influencing factors mounting, this large upside forecast is even more appropriate. If the US were to risk $100+ Oil by engaging in a massive military retaliation should Iran become hostile, the conflagration could burn out of control quickly without a perfect knockout blow as Iranian proxies will seek to destroy Saudi Oil terminals. Trump’s efforts may be most effective by avoiding all out military confrontation and drain Iran’s military budget which is already teetering.

We always knew US Oil production would continue to soar under a Trump regime and that Venezuela and Iran would be brought to heel, offsetting our domestic production increases. However, new global trade agreements in 2019 without a recession leaves some volatility potential for the upside until US and OPEC production can generate excess stockpiles near their 2017 peaks.  The energy sector has been unloved by equity investors, but its heyday may still be ahead. Short term Oil is due for a pullback.