As the Political season heats up, the battle for voters inspires a steady stream of hyperbole on both sides. President Trump claims this is the best economy ever, while the Left asserts solemnly that most people are struggling. Those in power want you to believe you feel better than ever and those seeking power want you to feel angry. In some ways the 70’s music icons, The Who, had it right when they famously concluded, Meet the New Boss, Same as the Old Boss. The Political Parties have vastly different images and policies they want to foist on their constituents, but often neither side causes economic changes. Our leaders take credit for the good times and point fingers elsewhere during bad times. The Obama economy had the same economic growth rate as the Trump era, but Trump’s continuation of previous trends has led to fuller employment and the perception if a stronger economy. Often Presidents garner too much credit and blame for the economy, but our nation loves to focus on the winners and losers to win votes and usurp power. GDP is one of the major benchmarks we use to gauge the economy, so from that macro view we would label Trump’s economy as Goldilocks. Booming economy? Not based upon GDP growth rate, but maybe it is looking at the Labor market.

Republicans fortify the Trumpian resume highlighting job growth and record unemployment. Those stats have been excellent, but they are also continuation of previous trends that began in 2010. Democrats claim Trump has produced low wage growth and a record gap between rich and poor. Those claims are also lacking context as wage growth has been rising back to historical norms with low wage workers benefiting at a faster pace than high wage earners. As for the pay gap of CEO’s and the average employee, this income gap was greater 20 years ago and it only shrinks when Recessions hit, which hurts everyone. Free countries have been conditioned to believe that politicians make an enormous difference, yet we may all be naive to the Invisible Hand of free market forces beyond our control that often account for most of the economic conditions around us, as articulated by famed Scottish economist Adam Smith in the 1700’s. 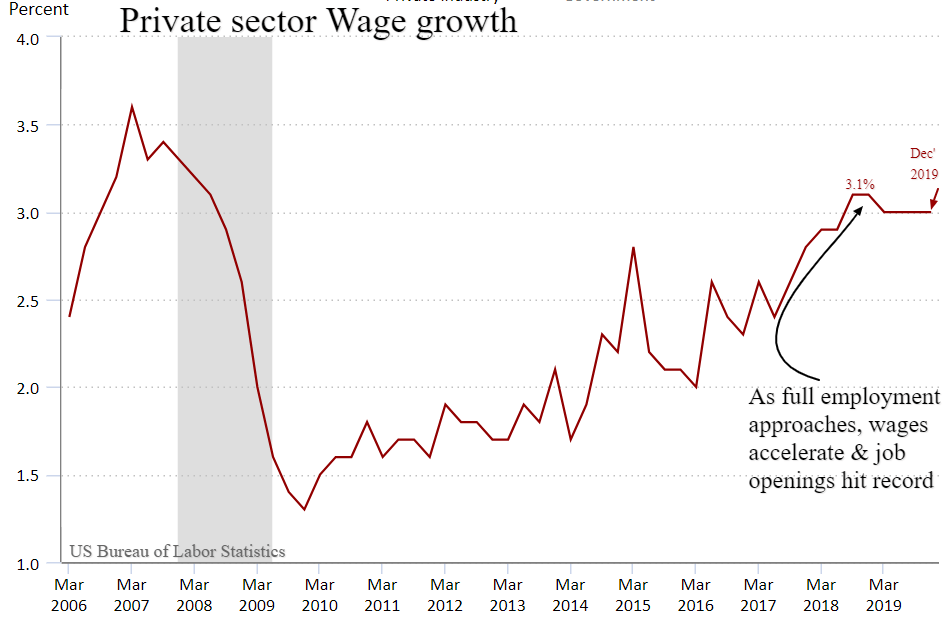 What may be most relevant in gauging our economy is how most Americans feel, since each persons perception is their reality. Optimism of consumers rose to near record levels during Obama’s second term and the record jump in euphoria among small business owners occurred immediately after Trump was elected. However, these new charts below from Gallup are perhaps the most impressive. Despite this era of negative social media and constant bashing of political parties, we see records being set today in consumer sentiment regarding their personal happiness and financial well being. 2019 was a very good year according to Americans. 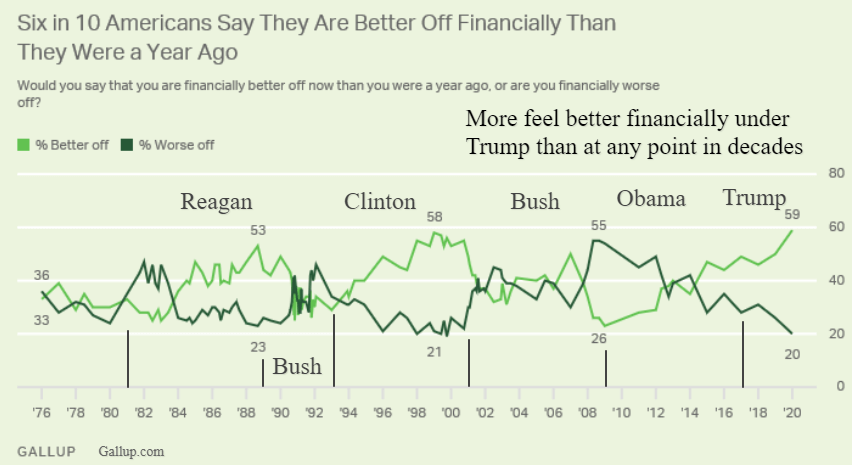 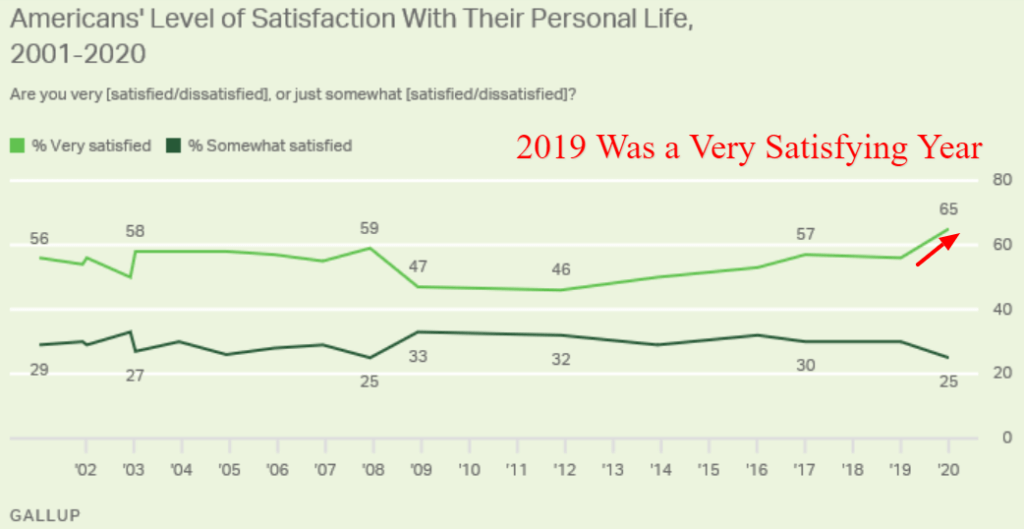 While we can dig into non-political demographics to explain the economy and the unheralded euphoria present today, there are logical reasons behind the recent all time record levels of personal good feeling this past year. The simple facts are that we have near record low borrowing costs, virtually full employment and wages rising at the fastest pace in over 11 years.  The economy will never be perfect, but is the economy booming?  According to surveys the answer could be Yes.