On July 13th the Consumer Price Index (CPI) will be released with Bulls and Bears hovering over their order entry keyboards. Everyone knows inflation data will eventually confirm a downtrend that will remove some of the credit tightening fear permeating panicky investors. The questions are when and how fast?  Commodity prices will show up more quickly in the Producer Price Index (PPI) that will accompany the CPI report, but immediate translation of falling commodity prices to CPI and PPI is sometimes delayed. A slowing economy, rising dollar and fear of the Fed have clearly triggered advanced indication of price declines that will eventually cut the 41 year high of 8.6% in the CPI. Copper is included in this commodity index and its 30% haircut is a harbinger of a slowing economy led primarily by China’s rolling economic lockdowns. 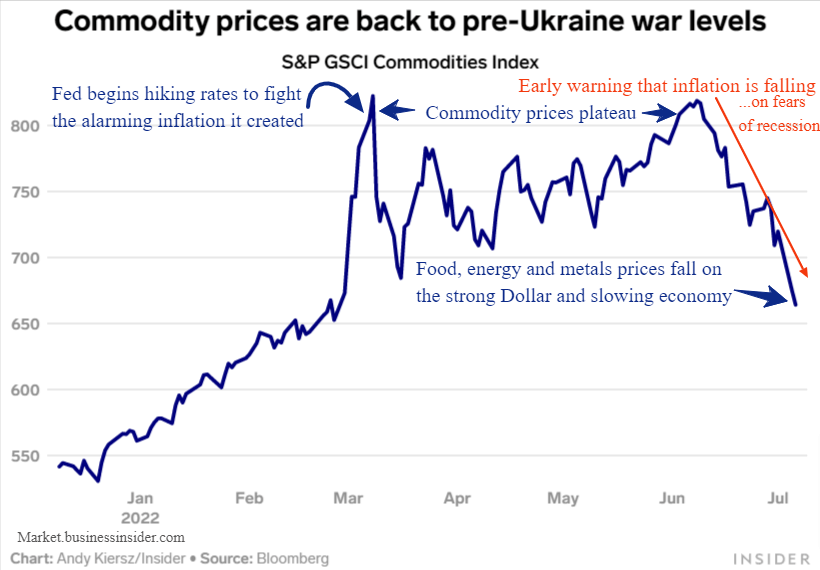 The surprise June report of almost 8.6% CPI triggered an immediate plunge in stock and bond prices as investors had to apply a market valuation multiple that factored in higher borrowing costs and lower earnings. A CPI number of 8.6% or higher on the 13th would incrementally panic the Dollar higher with bonds and stocks lower as new valuation multiples are accounted for. Conversely, a headline non-core CPI near 8.3% or lower will incrementally send the Dollar lower with stocks and bonds soaring through at least the end of July. We favor a headline CPI number under 8.4%, but like others, we will have a data dependent reaction as outlined due to the timing uncertainty of falling inflation. 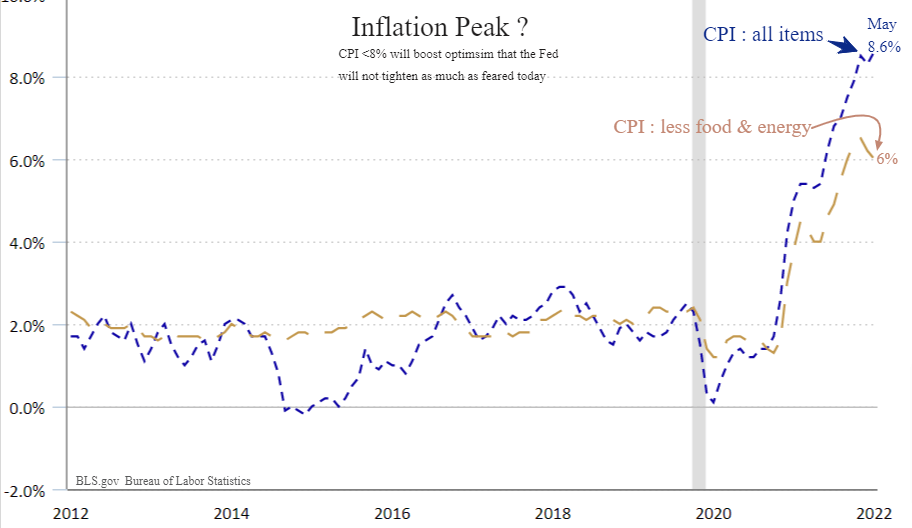