The family of crown shaped coronaviruses has been identified in humans since 1965, originally associated with the harmless common cold. With 7 known types of regal looking coronaviruses known to infect humans, the current COVID-19 cousin is most closely related to the Chinese SARS virus (or COV-2) that appeared in 2002. COVID-19 is far more contagious than most viruses with an unusual respiratory lethality to seniors, while leaving the young and healthy almost untouched. Despite efforts far exceeding any previous endeavors to prevent a pandemic, US fatalities have already tripled the average Flu season. The US and Global governments are waging war against the economic effect of COVID,  pledging virtually unlimited use of monetary and fiscal stimulus to prevent a 1930’s style Depression and panic. The US has replaced almost 44% of its annual economic output (GDP) with stimulus and more is on the way. Throwing Trillions at this seems warranted, given that the 2nd wave rebound in COVID cases in June and July is even greater than in March and April, triggering States to slow down or reverse their grand reopening plans. The stock market Bulls have correctly sited a lack of correlation in cases and deaths this time as the infections are hitting the low risk age group mostly. However, balance is needed to avoid complacency as 25% of States are showing sharp caseload spikes and a handful are also exhibiting new record fatality rates. COVID cases have been surging nationally for 3 weeks now and over the past week we are seeing the lagging death rate turn higher for the first time since mid April. While the economic expansion cycle and Bull market in stocks have barely begun,  would expect this upward COVID trend to continue higher through July and trigger concern among stock investors later this month. 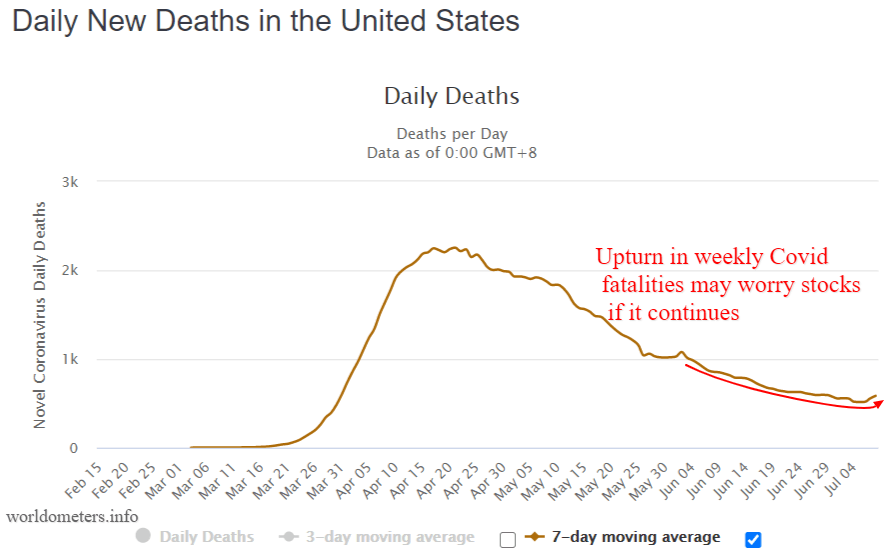 We doubt the death rates will rise anywhere near the April peak nationally, but new record fatality numbers coming out of major states like Florida, Texas, Arizona and California is a yellow flag. The very recent case rise in a dozen other states imply that additional death rates will pressure the national number higher over the next few weeks. So far, the majority of our national fatalities have occurred in the Northeast in March and April, but this important area has yet to show any signs of case resurgence. 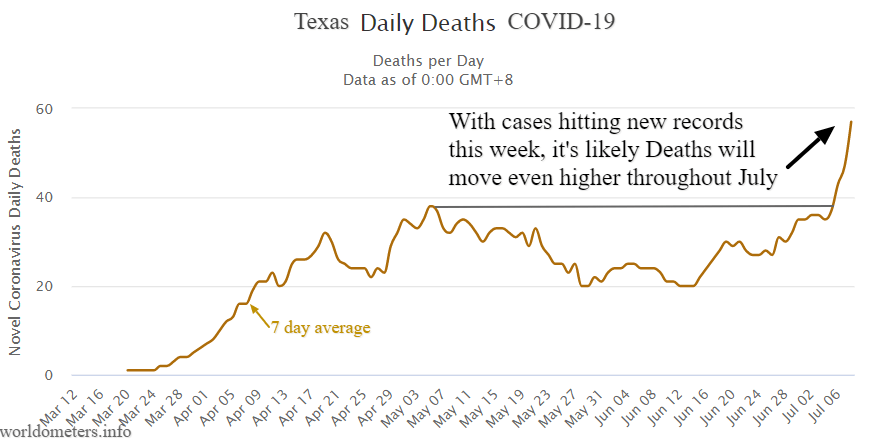 With Trillions in payroll protection dollars used up, rent forbearance expiration and $600 a week Unemployment bonuses ending July 31st, the service sector may shed more jobs without more Government assistance this summer. As long as elevated COVID fears keep social distancing as part of the new normal, the depressed Service Sector that powers 70% of our economy will labor to stay afloat. Many great adjustments have been made for food delivery and stay at home tech, but travel, leisure, sports and all forms of social interaction will struggle for survival until COVID is curtailed. 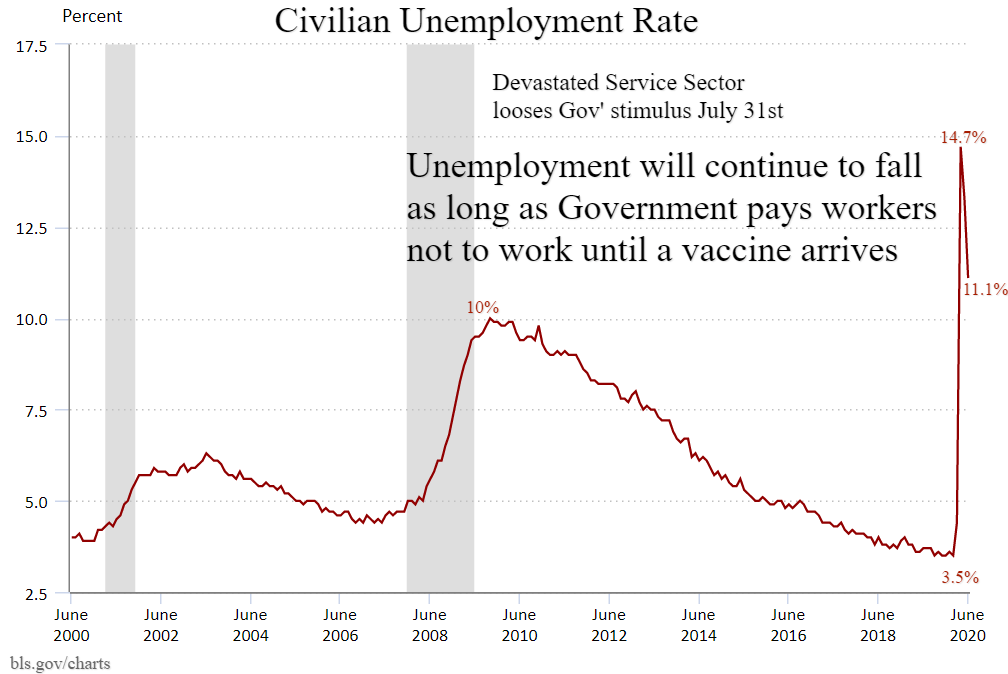 Boasting only 1% of the US fatality rate currently, Germany has shown its possible to find a path to normalcy through containment without a vaccine. Virtually 100% of German restaurants are back open today with an amazing 91% of last years customer seating rate. The US lags far behind and moving in the wrong direction in July as Germany and the rest of Europe are not experiencing a 2nd contagion wave.  COVID will fade away with herd immunity or with a vaccine, but until then, a full recovery in the US may be elusive. 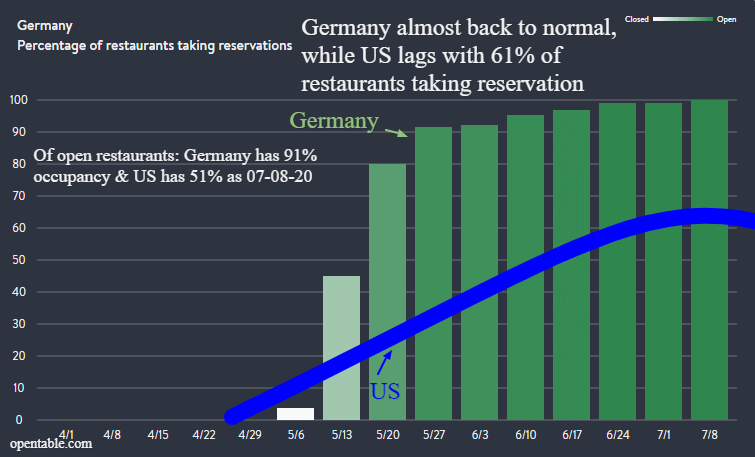 While it’s disappointing that the US may be the only 1st world nation with cases on the rise, the determination of our Central Bank and Federal Government to hand out Trillions, provides a cushion for any periodic economic or stock market reversals until COVID is under control.  However, over the next month it appears economic expectations may stall the record run in stocks. Technical resistance in the 32200’s on the SP and option trader sentiment close to another extreme in overly optimistic Call Buying like early June warns of topping action in the first half of July. Trader sentiment is behaving similarly to the double top from January – February that also warns of  a pullback by the end of July.

The rare tug of war conflict between our indicators (below) continues as investor sentiment (blue line) correctly called the June low, but once again option trader sentiment (green line) indicates a trading top could be near with strong resistance for July in the low to mid 3200’s basis the SP 500 Index.