China celebrated the 100th anniversary of their communist party recently with a departure from the usual image of quiet calculated success of its 1.4 Billion strong economy. President Xi asserted China’s absolute authority over Hong Kong and Macau with the blatant threat of nuking any country that would dare defend Taiwan from a Chinese invasion. 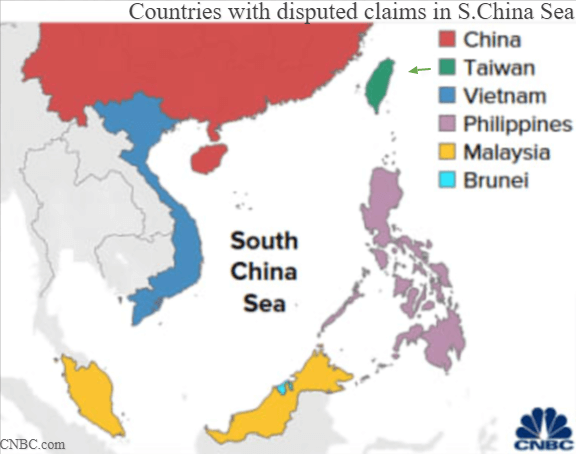 While a show of strength is important for their global superiority quest, the vitriol is more aggressive than anytime since Chairman Mao carved out China’s borders in the 1940’s. The PRC and President Xi channeled Mao recently in stating, “When we liberate {destroy} Taiwan, if Japan dares to intervene by force, even if it only deploys one soldier, one plane, and one ship, we will use … nuclear bombs continuously until Japan declares unconditional surrender…” It’s hard to make light of such menacing rhetoric from a country with over 100 nuclear silos, theworlds largest standiong army and hypersonic missiles with no technology yet devised to defend against. These blustery fulminations may hint of China’s less predictable asymmetrical strategy that they will do anything to achieve their goals. Initially they locked up supply chains of scarce global resources and raised the pilfering of intellectual property to a vibrant engine of growth. In recent years they have created 7 artificial islands over 1,800 miles from their shores to expand their territorial claim and control formerly international shipping lanes. China will also continue cyberespionage, ethnic cleansing and subjugating domestic populations it rules until they assimilate or disappear, such as the one million Uyghurs from Xinjiang currently enslaved. Taiwan is their ultimate territorial objective and we expect more aggressive steps to physically isolate them into submission and eventually trigger a war, years down the road, by baiting Taiwan with staged conflicts.  It’s unlikely that the US or any country would stand in the way of a Chinese military takeover of Taiwan. However, one would hope that a unanimous international economic war of isolation would be the response, unlike Russia’s usurpation of Crimea. China is outflanked militarily, has no allies among industrialized countries and a unified front would likely bring most of Asia quietly under the Western security blanket as well. They will not engage in direct military conflict anytime soon, but they will fight asymmetrically, using economic influence, supply chains and aggressive shipping lane and airspace expansion of the key South China Sea that it increasingly controls. 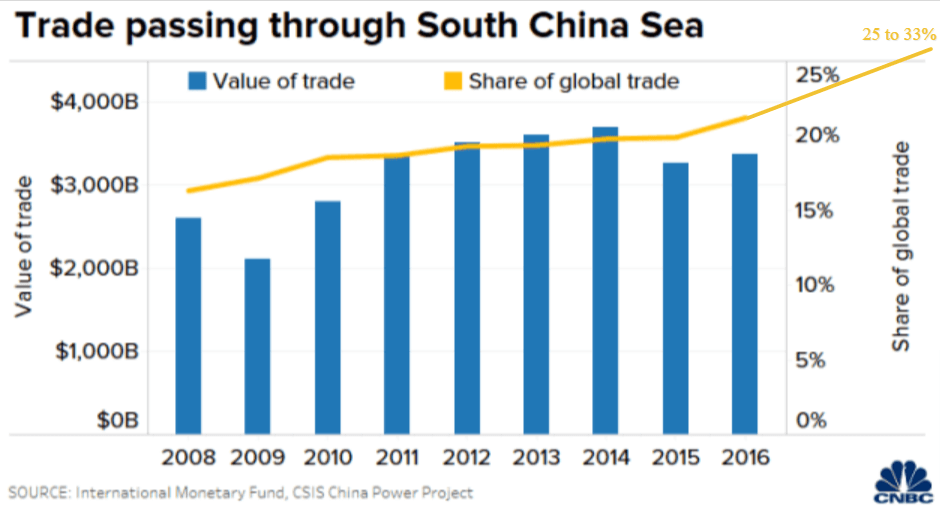 Once President Xi is done with laying out his Indo-Pacific version of the Monroe Doctrine to control the South China Sea, Hong Kong, Taiwan, and other disputed territories, then China may revert back to feigning the polite diplomat to deflate anti-China sentiment. Perhaps most surprising is the People’s Republic of China’s (PRC’s) willingness to take an iron fist to its own domestic wealth creation, access to US capital and accompanying competitive risks. Money managers around the globe have suddenly divested their portfolios from China, tacitly declaring the Communist Party as a hostile environment to invest. This aligns well with the prevailing impetus of the past 5 years to reshore back to the US, which is no easy task. 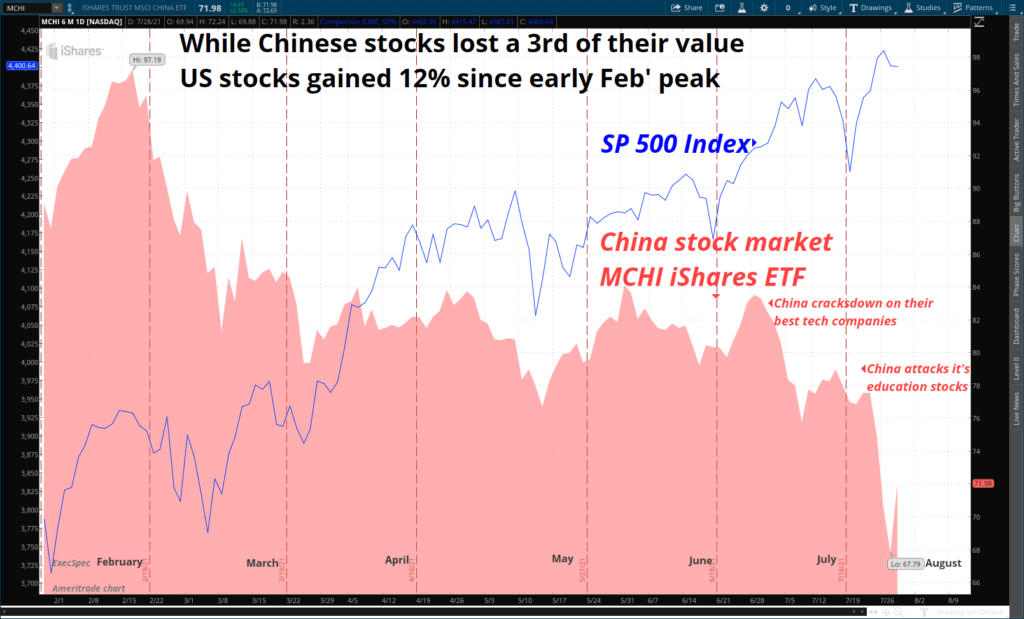 A symbol of Chinese dominance was embodied by Jack Ma who co-founded Alibaba (the biggest IPO of its time in 2014) and founder of the even bigger Ant Group, easily becoming China’s wealthiest man. Ever since Jack Ma bashed China’s anti-capitalist Government last October, the PRC has been on the rampage taking apart his and other successful companies, confiscating technology and private data to control people and their capital. Ma’a wealth ranking was cut 3 notches while being muzzled from the public. 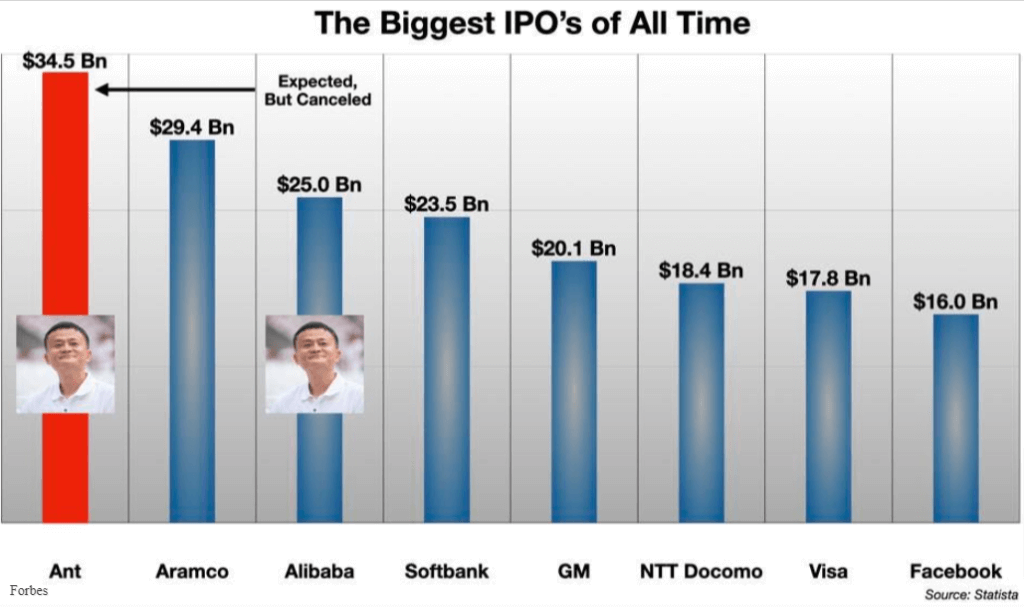 Ma’s money market fund was briefly the world’s largest before President Xi cut it by 50% and took control of a Billion person database and sold off  Ant Group assets after cancelling Ma’s Initial Public Offering (IPO). 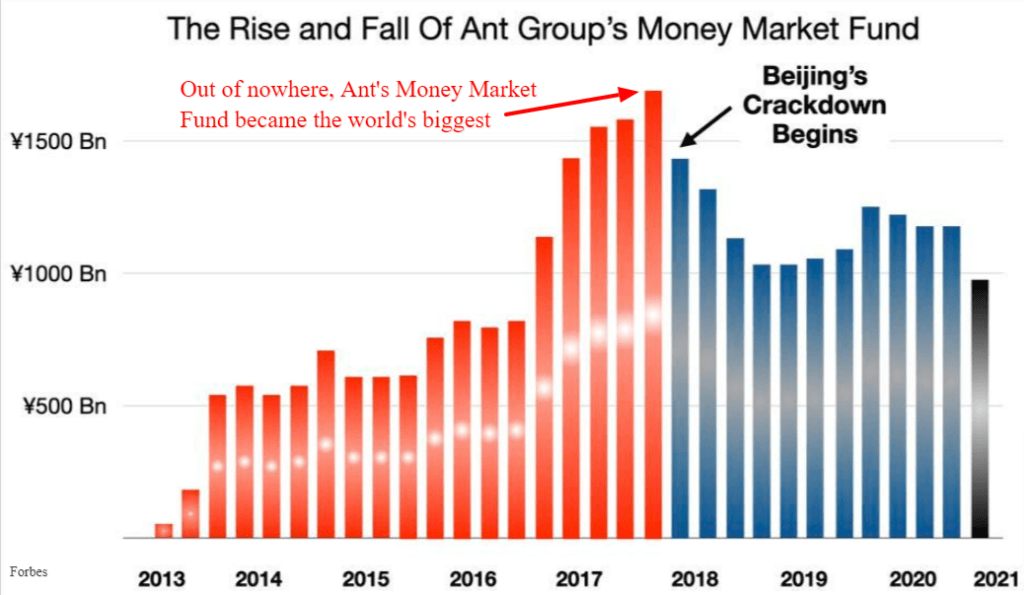 While Jack Ma became the foil for the CCP (Chinese Communist Party), China has continued with a seemingly unrelenting attack on multiple corporations, removing their access to capital in the US stock market, appropriating people tracking tech and placing Government watchdogs inside the private sector.  Clearly President XI is not worried about reverting back to Mao’s centrally planned Command economy and discouraging innovation, allowing US stocks to soar while Chinese stocks plummet. Compounding China’s urgency to exert societal and capital control are aging demographics. With the errant one child policies of the past increasingly hurting the labor force, it appears that the demographic downslope will soon limit potential economic growth. Societies historically slow without a growing labor force such as China appears to be entering quickly. China is aware of its past mistakes and now encourages a more rapid birth rate, extended retirements and more reliance on domestic consumption. Despite encouraging larger families, China is on the verge of its first population drop with decades of decline to come. Shrinking populations are problematic due to the inverted age structure, with more old people than the young. 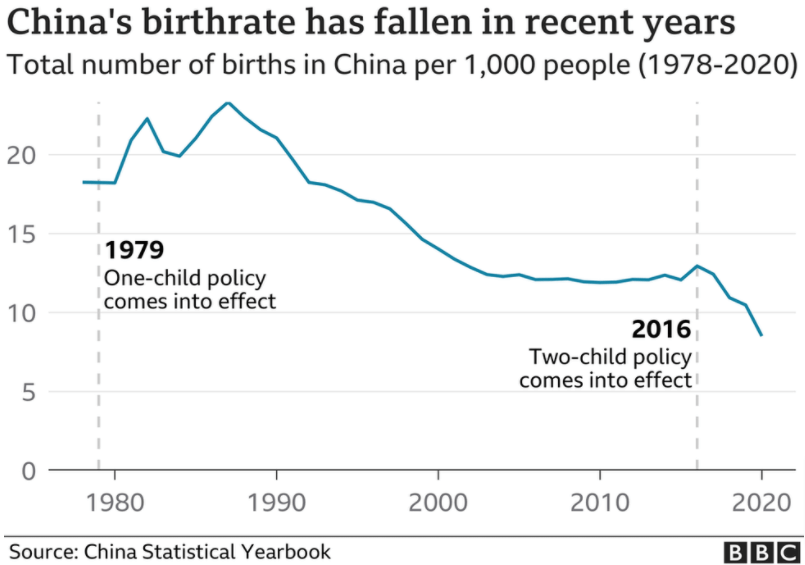 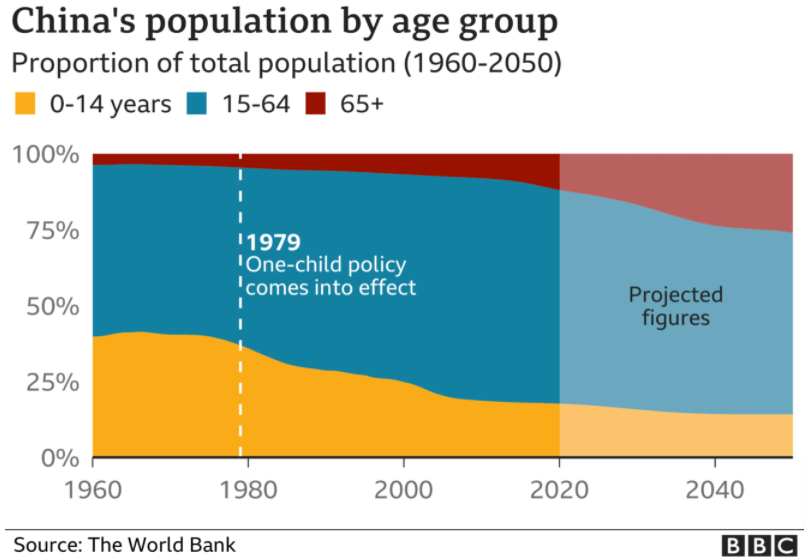 On the surface it sounds like good news that America will accelerate reshoring investment and production and finding alternative supply chains closer to home. For companies that are US centric, it’s great news. However, an isolated and aging China that will decelerate more rapidly in the years to come will also slow Global consumption and trade. The exodus has begun, but superior Chinese technology and supply chains will keep many Western companies reliant upon the Chinese for years to come. A Cold War in trade may have begun, but it will take some short term pain before we see long term gains. The demographic time bomb will hit China, Russia and Japan particularly hard, but with all industrialized countries aging out, increasing educated immigration and finding safe emerging market democracies to invest in will be the future.

Stimulus and War Against Fossil Fuels are Boosting Coal