The stellar 2017 gains in all major stock indices were earnings driven. In 2018 it’s news driven. SP 500 earnings grew an excellent 16% in 2017 with a 19% gain in stocks and profits have expanded to an 8 year high of 25% growth in the first quarter of 2018, well above consensus expectations. Stock market valuation is based upon expectations of earnings and multiples, thus investor portfolios are typically rewarded by such outstanding profit performance. However, stock prices are essentially unchanged in 2018 as the news of uncertainty over global growth and stagflation due to US-China trade, has been festering. Today Trump has delivered the first countdown clock to get a deal done – or else the Trade War begins. 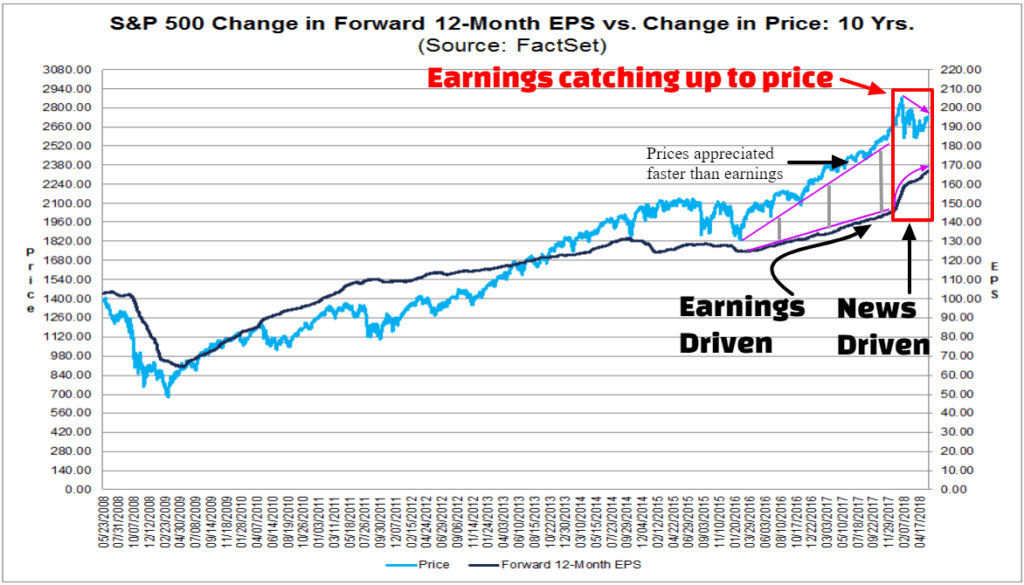 While hints of progress lurk, Trump has declared June 15th as the deadline for securing the framework for a major trade deal. As we have said all year, this trade dispute would stall the stock market, but that it was a poker game played out in public with a very high odds of a successful conclusion this summer. Our outlook remains the same, even if a tit for tat tariff war begins in a couple weeks. Look for the outline of a trade deal announcement in a couple weeks or a even delayed implementation of tariffs that would signify confidence that a deal will be done. The worst case scenario we would contemplate would be an initial tariff war escalation shortly after June 15th with a quick double digit % decline is US and European stock indices. Trump is pro business and has a ‘Yuge’ ego, thus we remain confident that Trump will not permit a sustained trade war that sends stocks and the economy into free fall erasing all the gains that he has taken credit for. US trade deficits increase during economic expansions and with the enormous $375 Billion China trade deficit (not including services) on pace to reach $420 Billion in 2018 with a strong economy, it would be an accomplishment to reverse the imbalance be even a single dollar without a trade war and recession. 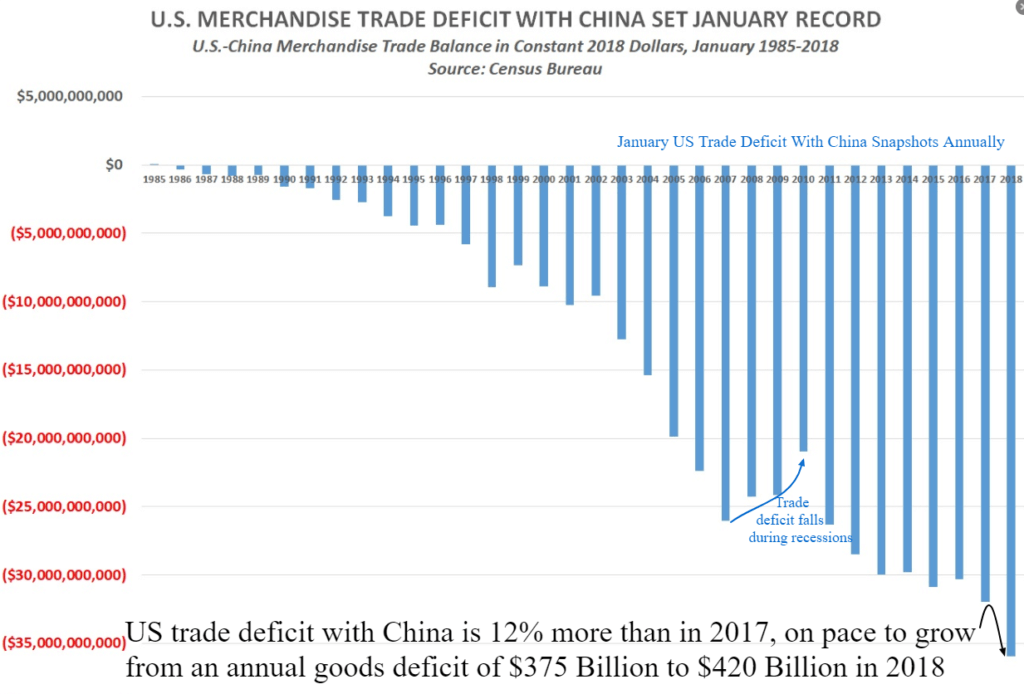 “When” China and the US arrive at the art of Trump’s Deal, the most certain impacts short to medium term will be in raw commodities that the US has in abundance and China already needs in ever greater amounts. Cattle, Soybeans, Crude Oil, Natural Gas and Coal prices would bust out to the upside initially upon any successful trade agreement as China needs more food and energy imports and can appear to acquiesce to the US for a Deal. This inevitable, although modest, boost to US exports will be meaningless to long term trade imbalances and fail to dent China’s 2025 plan for finished goods dominance. The more stealth metric of a successful deal for the US will not be a shrinking trade imbalance, but intellectual property protection and removal of service sector barriers to financial firms.

While trade balances matter at the ballot box, it’s often argued that they are good for the pocket book, increasing consumer spending power on cheaper imports and providing debt financing for massive US borrowings. It’s worth noting that since 2011, China has not added any new investment to finance the $5 Trillion of new US debt that was created. 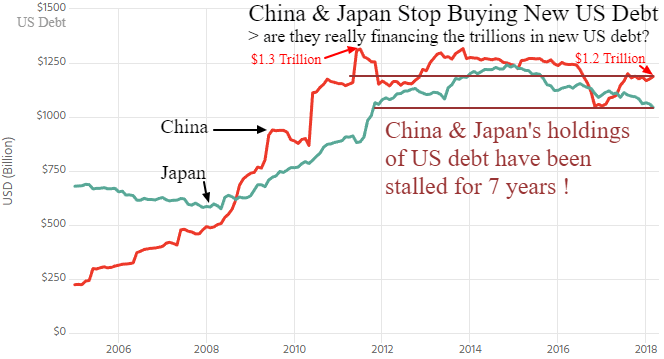 This week the markets are dealing with the fear of an Italian Political Crisis if Italy leaves the Eurozone and defaults on its debt, adding yet another layer of uncertainty onto the markets beyond China, NAFTA, North Korea and Iran. Stocks are unlikely to have any traction until some of this fog is lifted. Any negative resolutions out of China or Italy would push stock markets much lower. Defusing the trade landmine with China sooner rather than later would greatly assuage investor concerns over the growing list of risk factors this summer. Hopefully Trump’s economic team finds a speedy resolution on trade with China and Europe in June or else the markets may head back to their 2018 lows. Don’t look for earnings to rescue stocks in 2018, look for better news!