Astute investors know to shun bank stocks when interest rates fall. They are aware that as the gap between the interest paid on deposits and the return on loans shrink, so do net interest margins. Interest rates have fallen sharply over the past 12 months, with the 10 Year Treasury yield collapsing from 3.2% to as low as 1.4% recently. Interestingly the margin on investment loans compared to deposits has actually risen to nearly 7 year highs at 3.4%. Banks may be less attractive in a falling interest rate and narrowing spread environment, yet this sector isn’t performing badly other than being out of favor with the Wall Streets fickle fashions.

While it’s a bit of a myth that falling yields and spreads are always bad for bank profits, it’s also clear that investors sell their bank shares as yields fall and buy banks as yields rise. However, banks are banking nice profits in 2019 and using their excess to invest in the most undervalued assets they know – their own stock and shareholders. In July Bank of America and the entire banking industry reported record profits and rising net interest income while announcing higher dividends and stock buybacks to boost share value. 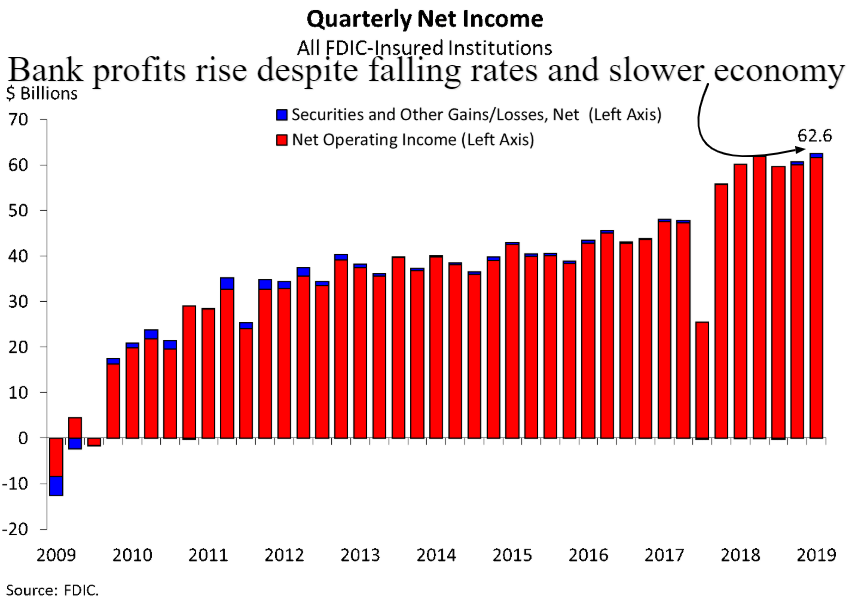 In 2018 and 2019 the tax cuts, strong consumer business and share buybacks have boosted bank profits back to near record profitability. The top 4 banks have this summer have announced over $100 Billion in share buybacks and dividends, equating to 100% of their profits being returned to shareholders over the next year.

JPMorgan (JPM) is the cream of the banking crop, yet it still trades below its early 2018 record highs while the broader markets like the SP 500 Index have outperformed JPM by 5%. Should the economy and interest rates turn higher in 2020 and 2021 as we currently expect, then JPM and the banking sector could then outperform the general market. 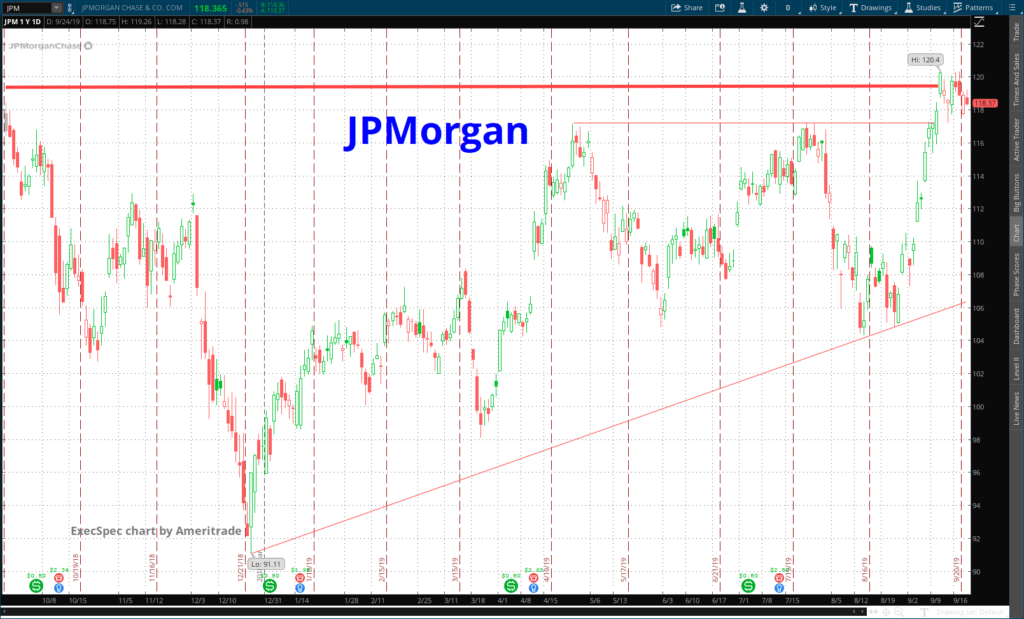 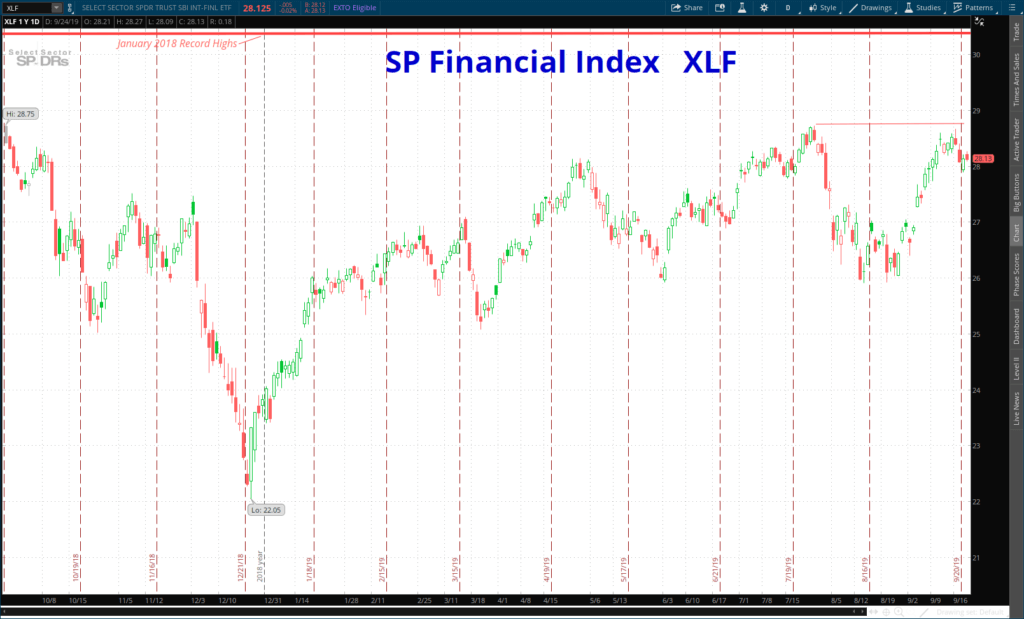 Banking stocks may not be the top performing sector, yet large cap financials have held up well and even a mild Global rebound arriving over the next 6 months should spur banks in the US and especially Europe to outperform the market.